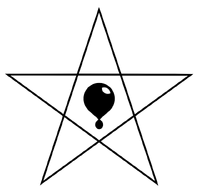 Religion: The Cult of Pinky

The Slime Army is a major faction in the lore of Pinkymod. It is an extremely powerful totalitarian regime under the iron fist of Lord Pinky Pejinky, who had seized power after the abdication of King Jorephie the Fifth. She maintains power to this day, and commands nearly the entire slime race. The hyper-militaristic Slimekind is ever-vigilant and ready to march to war if ever the need calls to. Currently, they are fighting a cold war between their nemesis, the Harpies. Despite the name Slime Army, the faction is not entirely a military organisation. The name simply stems from the days of the brief Slimese Civil War fought between the Armed Forces of Slimekind(sympathetic to newly elected Pinky) and the Ministry of Slime(The original government under the Slime Monarchy, who resisted Pinky's rule). After the Armed Forces won, the Ministry was absorbed into the Army and the Slime Faction was simply renamed to the Slime Army as a whole.

The Slime Army is led by a single supreme seat of power, known as the Slime Monarch. While this title was once held by the Slime Kings, after Pinky seized power, she had the title renamed to Lord of Slimes, and made herself this individual. Beneath her, the Managerate of Slimes govern the internal affairs of the Slime race. Currently, the most influential of all Managers is Blueky, the right hand of Lord Pinky ever since the Slime War. Below the Managers are the Chancellors. The Chancellors hold supreme power over their individual Zonages. Under the Chancellors, the Generals of the Zonage hold command over the military forces.

The ideology of the SA, to other races such as Terrariankind, is oppressive and restrictive. Initially, the Slime Army had a rarity-based hierarchy, meaning rarer Slimes were automatically treated with more prestige. Over the years however, this system fell in place of a meritocracy. However, this was not true meritocracy either: Part of the ascension process to power included supreme and utter loyalty to the ruling Slimes. The Slime Army could also be particularly brutal, and treats it's footsoldiers as no more than cannon fodder. Each battle, a thousand Slimes can die to defeat a hundred Terrarian men - an outcome already seen as a strategic miracle. The Army also cares very little about welfare, lacking any sort of social support or subsidies. As far as it is concerned, 'poor' Slimes can just run out in the woods and hunt their own dinner(of which many, many do). To top this all off, the Slime Army also employs a ridiculous amount of propaganda. Starcrest banners and Imperial sigils hang from every building, posters depicting the might of Lord Pinky are displayed in public areas, statues devoted to Pinky stand tall amongst town squares and murals showcasing Slimese war victories are commonplace. Indoctrination begins from birth, in which each Slime is showed their place in society and taught utter allegiance to Lord Pinky.

Despite the totalitarianism of the regime, the most shocking part about the Slime Army is that the Slimes that consist it actually wholeheartedly love the regime. They buy every propagandistic piece, every tale told to them. This is because Slimes are only partially sentient - they lack the concept of freedom like Terrarians and other races do. In truth, they are still connected to a Hive Mind like being. As such, due to the collective consciousness of the entire Slime Race thinking a certain concept is true, newly-born Slimes are automatically granted part of this consciousness and thus develop their loyalty to the Slime Army naturally. This is seen as a wonder by many Terrarian sociologists, and other theorists who have likened the Slime Race to a sort of perfect lifeform capable of achieving true paradise. Of course, the Slime Army is not without strife, but for the most part, the Slimes are happy under a single banner.