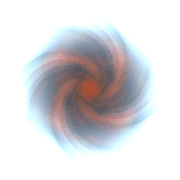 Do you dare enter?

The Deeper Dungeons does not work in multiplayer due to the fact that it generates a new map each time it is entered. Instead, the Strange Portal will sell the exclusive items for Expertise.